The Box Implementation is no easy plug-and-play system to accomplish, but requires deep understanding of both Box and implementation process, and as well some coding around it. Concord, one of the leading market leaders, wanted to achieve a solution to create multiple folders in a hierarchal structure in Box.

Here CEPTES played a very important role, with lacing this implementation on spot with Concord. The requirement was for a solution that could indeed help them create one proper hierarchal structure. They were looking to build and implement the following: 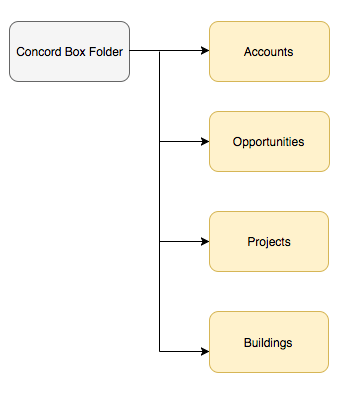 There have been some more challenges, faced by Concord owing to which the implementation was becoming more and more unproductive. Primarily Box supported oAuth way of Authentication which is window based and does not support direct API. Another was that the access token needs to be activated/updated on timely basis

However, CEPTES with agile methodology and certified professionals, finally found a solution to the complex implementation process. CEPTES with its customized solution over Box, took over the issue of folder creation.

CEPTES provided a customized solution on top of Box to allow user to ‘Create Folder’ at the child object level which will be created under the parent object folder in Box. A solution to configure the sub folders creation within the object folders dynamically without manual intervention was also provided.

The solution of CEPTES: 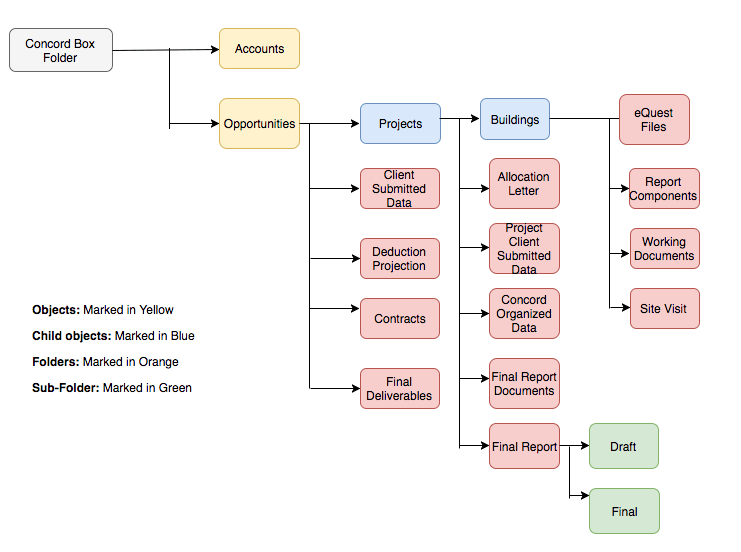